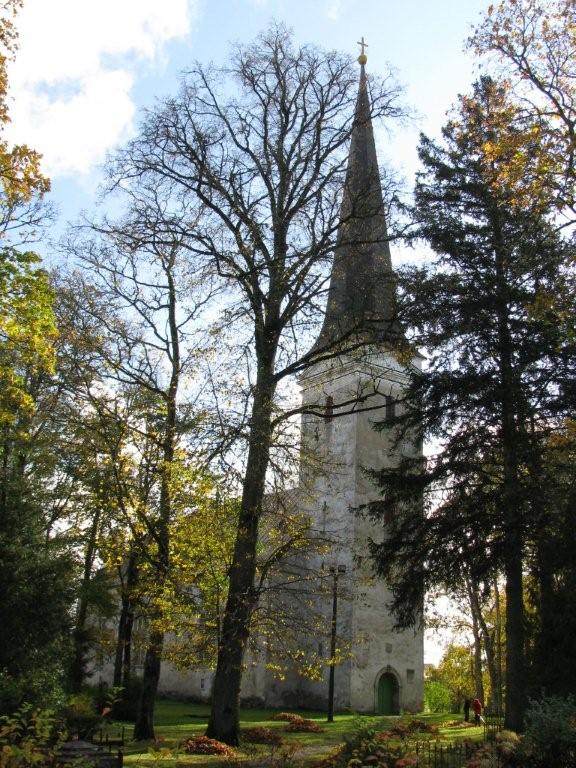 The stone church was built in the second half of the 13th century according to the architectural practices of the Saare-Lääne diocese. The church had a single-aisled long building with two vaults and a smaller rectangular choir room. The tower and the scissor chamber were initially absent. The accent of the original exterior was the narrow high double windows both in the long building and in the east wall of the church. The latter have been walled up and the double-glazed windows of the long building have been rebuilt.