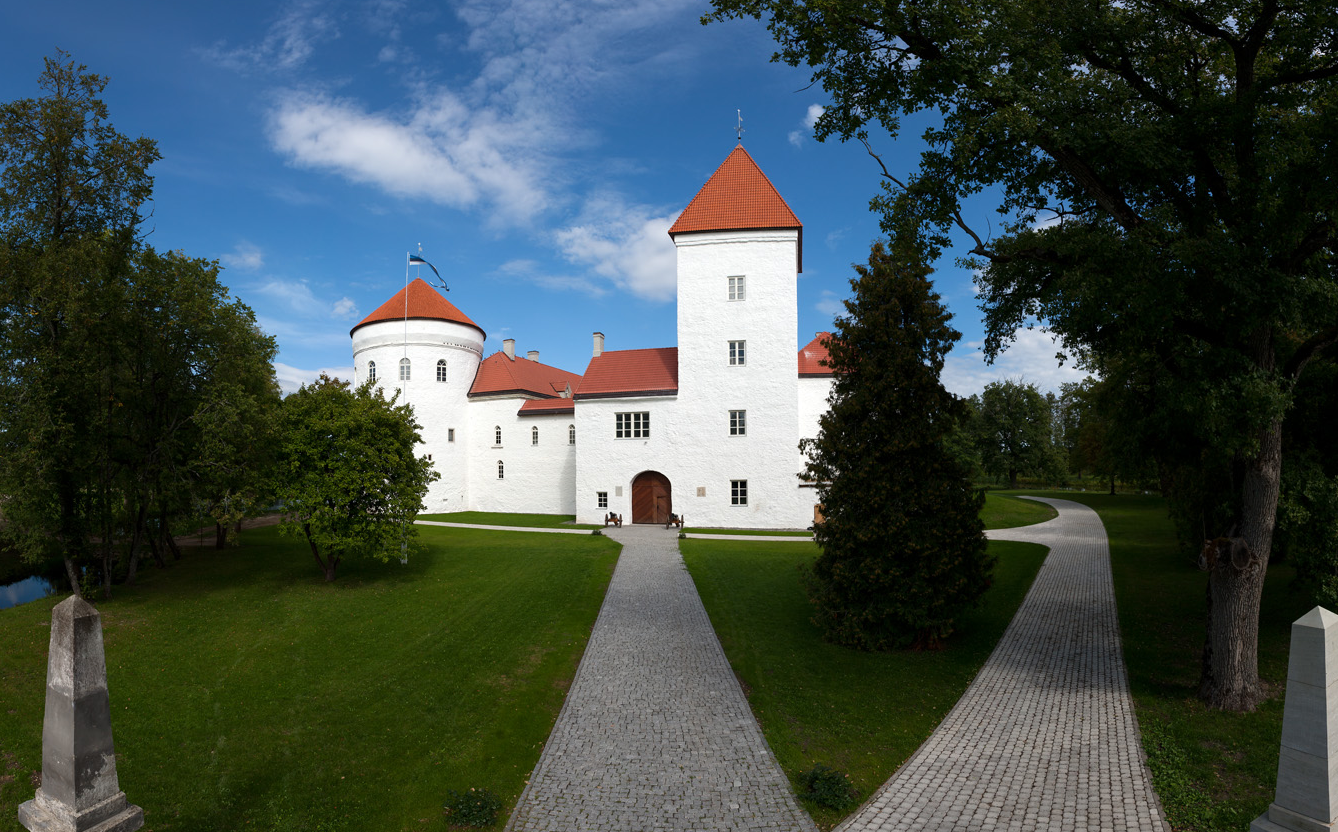 Koluvere castle has existed on the strategic location since the 13th century. In 1439, it came into possession of the bishop of Saare-Lääne and functioned as one of the main residences of the bishop. During the Livonian War, a battle between an outnumbered Swedish army and a Russian army, resulting in a Swedish victory, was fought nearby.  In 1560, insurgents during a peasant uprising reputedly also tried to storm the castle.

Between 1646 and 1771, the castle belonged to the von Löwen family. By then it had lost its military significance and was henceforth used as an aristocratic residence. In 1771 it passed into the hands of Grigory Orlov after which it became the property of the Empress Catherine the Great. In 1786, the Empress found a use for the castle as a place of exile for Duchess Augusta of Brunswick-Wolfenbüttel who had asked the Empress for protection from her violent husband, Prince Frederick of Würtemberg. She died at the estate under unclear circumstances, only 23 years old. Her grave is located in the nearby Kullamaa church, and her life has inspired plenty of local lore. In 1797, Emperor Paul I presented the estate as a gift to general Friedrich Wilhelm von Buxhoeveden. It remained in the possession of his heirs until 1919.

Between 1924 and 2001, it was used by various welfare institutions. Today the castle is in private hands.