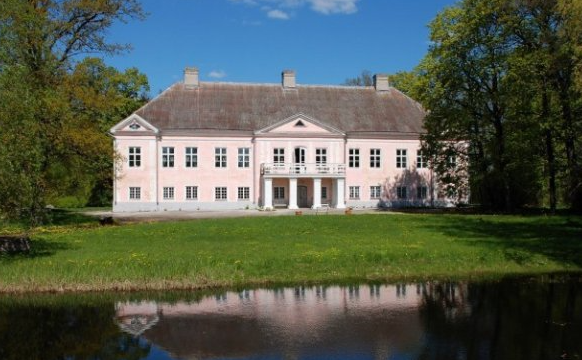 The history of Suure-Lähtru manor dates back to 1590, when Swedish King Johan III granted several estates to the Baranovs. The present manor house was built between 1775 and 1778 by Karl Gustav von Baranoff as a residence for his newly married eldest son Christoph Heinrich. The style of the manor is early classicist, to this day the interior has preserved rococo and classicist elements (doors, stairs, stoves). Like the manor house, the whole core of the manor and the park were designed symmetrically.

There was school in the manor house in 1920-1968, later an office of the collective farm. Then the manor stood empty for almost a decade. Today the manor is in private hands.